The Request was submitted by local NGOs and community members affected by the Project, based in Kenya.

The Inspection Panel received a complaint on October 26, 2014, raising concerns related to the “Kenya: Electricity Expansion Project,” which was jointly financed by the World Bank, European Investment Bank (EIB) and other donor agencies. The complaint was filed by indigenous Maasai communities living within the Hell’s Gate National Park in the Rift Valley in Kenya. The Panel registered the complaint on November 13, 2014, and pursuant to an eligibility assessment, recommended that an investigation be carried on the alleged issues of harm and related non-compliance with Bank policies OP 4.10 on Indigenous Peoples, OP 4.11 on Physical Cultural Resources and OP 4.12 on Involuntary Resettlement. On February 13, 2015, the Board approved this recommendation.

The project financed the construction of a geothermal plant that is geared to addressing Kenya’s growing demand for electricity. For Kenya, geothermal energy has the added benefit of reducing dependency on fossil fuels, and being climate neutral. This complaint, filed with the Inspection Panel and EIB’s Complaints Mechanism, relates to harm caused to the Maasai as a result of resettlement required by the Olkaria IV geothermal power plant. Due to their proximity to the plant, four Maasai villages (Cultural Centre village, Olo Nongot, Olo Sinyat, and Olo Mayana Ndogo) were relocated in the fall of 2014 affecting their livelihoods and traditional lifestyle.

Following a comprehensive document-review phase and an extensive field visit -- during which the team met with the complainants and village residents, government and project officials, and staff from the World Bank and other donor agencies -- the Panel submitted its Investigation Report on July 2, 2015. The Panel recognized the many positive aspects of this resettlement (land-for-land option, infrastructure investment, and a well-intended inclusive consultation mechanism). The investigation also confirmed claims that the most vulnerable people experienced harms and impoverishment during the resettlement process. The Panel determined that many of the harms it identified could have been avoided, and the most vulnerable segments would have benefited more from the project, had the protections of the Indigenous People’s Policy been afforded. Specifically, OP. 4.10 could have provided for the contribution of Maasai-specific expertise, which would have resulted in a higher standard of consultations, a better culturally compatible resettlement approach, and discussion on generation and sharing of additional benefits.

The Panel determined that even though the community broadly supported the project, there was a lack of involvement of the village Elders in the planning process, an absence of relevant documentation available to project-affected people (PAPs), and very limited ability to interact in the Maa language. The lack of recognition of the traditional Maasai authority structure in the design and implementation of the project was not successfully addressed by the late inclusion of the few elected Elders in the Resettlement Action Plan Implementation Committee (RAPIC) or through the later creation of a grievance redress mechanism.

Concerning the project’s compliance with the Involuntary Resettlement Policy (OP. 4.12), the Panel determined that the process for identifying eligible PAPs was unsatisfactory, there were delays in the provision of land title and some infrastructure at the resettlement site, and livelihood restoration measures were insufficient. Due to the poor quality and the lack of a comprehensive socioeconomic baseline data and systematic monitoring, precise information on livelihood restoration was unavailable. The Panel also found that despite the many missions conducted by the Bank, the quality of supervision remained inadequate. Furthermore, the Panel determined that the absence of a panel of internationally recognized resettlement specialists as required by OP 4.12, was a missed opportunity to ensure good resettlement practice, and to benefit from the Bank’s long resettlement experience to effectively monitor RAP implementation.

Bank Management submitted its response on September 17, 2015. The response described in detail the efforts by Bank Management to be responsive and flexible during project implementation and highlighted the positive aspects of the resettlement. Moving forward, Management suggested to cooperate with the EIB’s Complaints Mechanism mediation process, which started with the aim of reaching an agreement between the complainants and the implementing agency, Kenya Electricity Generating Company, on remedial actions.

On October 20, 2015, the World Bank’s Board of Executive Directors met to discuss the Panel investigation and Management’s response to it. The Board approved the Bank’s participation in the mediation process through the Grievance Redress Services, and welcomed the Bank’s commitment to work to resolve outstanding issues. The Board asked Management to return to the Board within one year to present the results of the mediation and an Action Plan for its approval. On February 16, 2017, the Board discussed the results of the mediation process and approved the Management Action Plan. Management will report back to the Board on the implementation of the Action Plan on an annual basis. 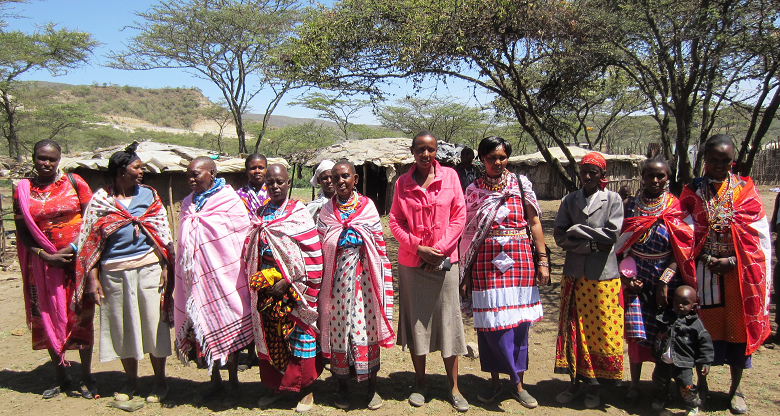