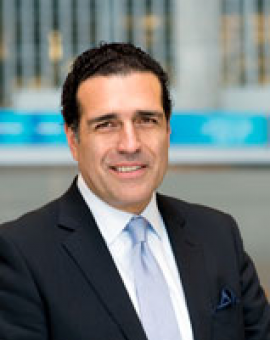 Gonzalo Castro de la Mata was appointed to the Inspection Panel on December 16, 2013, and became its chairman on November 1, 2014. He is a U.S. and Peruvian national with close to three decades of international development experience. His career includes key roles across the private and public sectors and in multiple areas of development work, including biodiversity, climate change, accountability, and ecosystem management. He has been involved in highly visible and complex international projects, including as chair of an independent panel for the U.S. Export-Import Bank for the Camisea project in Peru, and as a member of a UN review panel of the Barro Blanco Dam in Panama.

In 2009 he founded Ecosystem Services LLC, a company specializing in market-based approaches to conservation and renewable energy. Previously, he was managing director of Sustainable Forestry Management (SFM) for the Americas, where he was responsible for seminal investments that generated the first carbon credits from native plantations and forest conservation. Before SFM, he was head of the Biodiversity Unit at the Global Environment Facility, principal environmental specialist at the World Bank, director and vice president of World Wildlife Fund’s Latin American and Caribbean Program in Washington, and founder and chief executive officer of Wetlands for the Americas. He earned a Ph.D. in ecology and population biology from the University of Pennsylvania and received his M.A. and B.A. from Cayetano Heredia University in Lima, Peru.