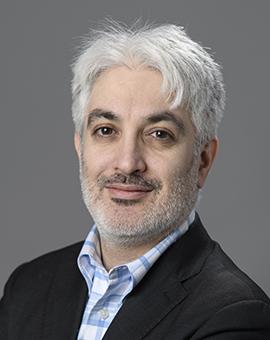 Serge Selwan brings to the job over 20 years of experience in international accountability gathered mainly at the Panel, which he joined in 2001, and the Compliance Advisor/Ombudsman of IFC, where he worked for two years starting in late 2016. He has extensive knowledge of complex international development projects and international financial institutions’ environmental, social, and labor standards. He has reviewed several projects relating to development-induced resettlement, indigenous peoples, core labor rights, and community health and safety. His field experience covers mainly Africa, the Middle East, and South and Central Asia. He has participated in several reviews of IAM structures. He has been a guest lecturer on independent accountability mechanisms at universities in Washington, D.C., and at the Foreign Service Institute. Prior to joining the Panel, he worked in a law firm in Lebanon and volunteered at non-governmental organizations in Lebanon and the United States. Serge is Lebanese with a law degree from Lebanon and an LL.M. from American University’s Washington College of Law. He is trilingual (Arabic, English, French) and has working knowledge of Russian.