Representatives of a community within a ‘commune’ in Cambodia

The Project is aimed at assisting the Borrower in its efforts to implement a “program of actions, objectives and policies designed to improve land tenure security and promote the development of efficient land markets.” In this regard, the Project objectives include: “(i) the development of adequate national policies, a regulatory framework and institutions for land administration; (ii) the issuance and registration of titles in rural and urban areas in the Project Provinces; and (iii) the establishment of an efficient and transparent land administration system.”

The Requesters claimed that, as a result of the Project, hundreds of families have already been evicted from their land and several other families have been given eviction notices. They further claimed that peolple who have to move were not resettled according to the involuntary resettlement policy. 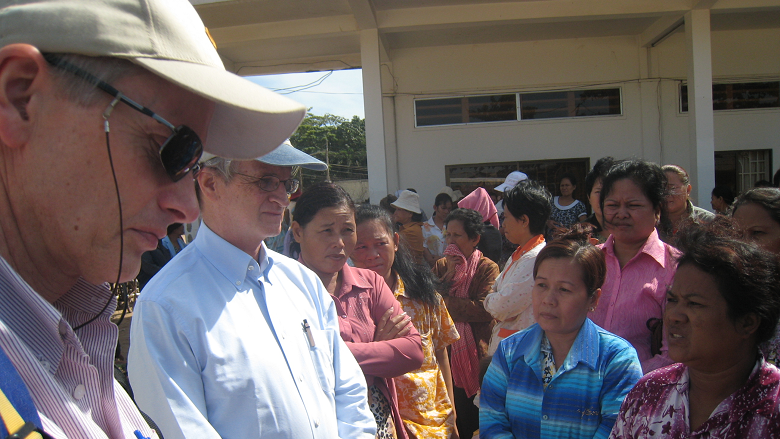