The Request was submitted by representatives of the Bigodi and Nyabubale-Nkingo communities in Uganda.

On December 19, 2014, the Inspection Panel received a Request for Inspection regarding the Uganda Transport Sector Development Project - Additional Financing, sent by community members of the Bigodi town in Uganda. The Additional Financing is to provide funding for: (i) upgrading and rehabilitation of the Kamwenge-Fort Portal (66 km) road and (ii) technical assistance for strengthening the internal audit functions of the Uganda National Roads Authority (UNRA). At that time, The Panel conducted its due diligence, and determined that Bank Management was not aware of the concerns in the request, one of the conditions for Registration of a request. Therefore, the Panel did not register the request to provide Management with an opportunity to address these concerns. The Panel issued a Notice of Receipt on January 21, 2015.

On September 11, 2015, the Panel received a new request from three members of the Bigodi and Nyabubale-Nkingo communities in Uganda, which restated earlier concerns. The Requesters claimed they were dissatisfied with Bank actions in response to their concerns, asked to keep their identities confidential, and designated a local CSO, Joy for Children Uganda (JFCU), to act on their behalf. The Requesters restated the allegations previously raised, including, sex with minors and teenage pregnancy by road workers, increased sex work, the spread of HIV/AIDS, sexual harassment of female employees, child labor, school dropouts, lack of compensation and inadequate compensation, fear of retaliation, lack of participation, poor labor practices, and lack of adequate road and workplace health and safety measures. The Inspection Panel registered the Request on September 28, 2015.

As a result of the postponements of the Management Response, the Panel also postponed its eligibility visit to Uganda to December 18-21, 2015. In Kampala, the Panel team met with officials of the Ministry of Finance, the Ministry of Works and Transport, and UNRA. The Panel also met with the World Bank Country Director and staff from the Project team. The team visited Fort Portal and several communities along the road, including Bigodi, Kahunge, Rwengobe and Nkingo. The Panel held meetings with JFCU, the Requesters, ten community leaders, leadership and representatives of the Grievance Redress Committee and numerous affected people who allegedly suffered these harms.

On January 8, 2016, the Panel submitted to the Board of Executive Directors its Report and Recommendation, recommending an investigation into the alleged harms. The Board approved the Panel’s Report and Recommendation on January 29, 2016. Following a comprehensive document-review phase and an extensive field visit during which the team met with the Requesters, Government and project officials and staff from the World Bank, the Panel submitted its Investigation Report on August 4, 2016. Bank Management submitted its response on October 13, 2016. 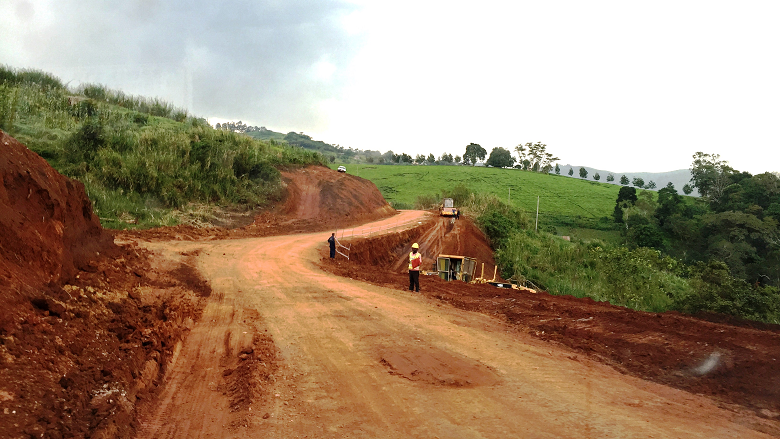