The Requesters were concerned with the implementation of a new commercial forest concession system and the preparation of a forest zoning plan for the forests of the Equateur and Orientale Provinces, where the Pygmies have lived for generations. They claimed that if the Projects and these activities are implemented without consulting the indigenous peoples and considering their interests, the Projects may cause irreversible harm.

Management stated in its Response that it believes that the Bank made every effort to apply its policies and procedures. The Panel recommended to conduct an investigation and the Board approved the Recommendation.

In its Investigation Report, the Panel found that DRC is home to between 250,000 and 600,000 Pygmy people that should be considered as indigenous people and that Management failed to identify their existence in Project-affected areas. The Panel observed that the economic value from timber production is a minor part of the total economic value produced from forests. The Panel observed that financing of policy and institutional reforms, such as the review of the logging concessions, can lead to highly significant environmental and social impacts. The Panel noted that the 2002 Moratorium on allocation of new forest concessions had been “bypassed” and areas cancelled in 2002 (estimated to 15 million hectares), where vulnerable peoples including Pygmies live, reemerged as concession areas under consideration for validation. The Panel found that no timely follow-up efforts at a sufficiently high level were made to ensure necessary action in response to the Moratorium violations. The Panel identified a number of significant concerns relating to the implementation of the “Concession Conversion Process.” The Panel understood that a permanent and an alternate representative of indigenous people may be included in the concession conversion process. The Panel noted the importance of developing a balanced approach by emphasizing appropriate models of community forests as well as other actions to support community participation, land tenure, and forest use rights.

Management stated in its Report and Recommendations that it agreed that with regard to the EESRSP, an Environmental Assessment should have been prepared for Component 2. Management stated that it will continue to monitor the Legal Review (which is designed to cancel illegal concessions and introduce additional social provisions in remaining compliant concessions for the benefit of local communities, including indigenous peoples) and the Moratorium. Management stated that a Consultation Protocol was being implemented to ensure full participation of indigenous peoples for the Legal Review. Management clarified that the choice of a development policy grant to support a small set of policy and institutional actions was appropriate and consistent with the objective of Bank policies stating that these policies helped preserve the forests and forest peoples’ rights. Management proposed an Action Plan to strengthen quality control safeguards and better monitor and manage environmental and social risks. It suggested undertaking more consultations with project affected persons to consider their concerns. The Action Plan includes ongoing and future efforts for addressing indigenous peoples’ issues in the Congo Basin by integrating indigenous peoples as a cross-cutting theme across the Bank’s activities in DRC and ensuring that capacity building, participatory zoning, customary rights, critical natural habitats, law enforcement, and independent monitoring are featured in forthcoming forest-related operations. 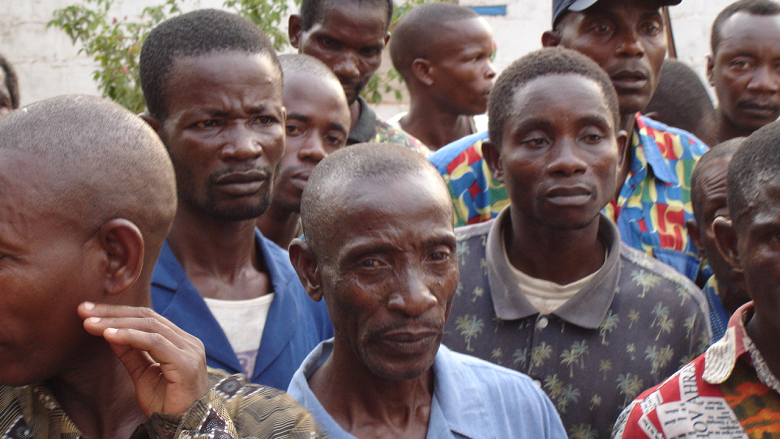