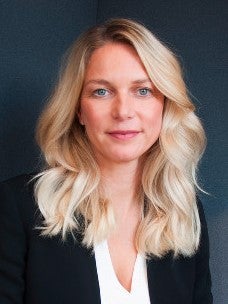 Orsolya Szekely, a senior advisor and coordinator in the Executive Office of the Secretary General at the Organization for Security and Co-operation in Europe (OSCE), has been appointed Secretary of the World Bank Accountability Mechanism (AM).

The AM was established by the World Bank’s Board of Executive Directors in September 2020 to house both the Inspection Panel to carry out compliance reviews and a newly created Dispute Resolution Service (DRS).

A lawyer and senior conflict-resolution professional, Ms. Szekely brings in-depth knowledge of environmental and social issues, and wide-ranging experience in international development, according to a World Bank news release. A Hungarian national, Ms. Szekely has more than 20 years’ experience working with a broad range of multilateral organizations and the private sector. In her latest function, holding the rank of Ambassador, she serves as the Senior Advisor and Coordinator in the Executive Office of the Secretary General, with responsibility for enhancing good governance at the OSCE.

Ms. Szekely previously worked as senior advisor with communities and high-level stakeholders in India, Myanmar, China, Kyrgyzstan and Afghanistan, and on projects in Bangladesh and Nepal. She has worked on women’s empowerment and women’s participation in peace processes. Prior to these assignments, she was Head of Operations at the Council of Europe Office in Bosnia and Herzegovina and served as Special Representative of the Secretary General of the Council of Europe in Kosovo. In her managerial roles at the Council of Europe Office in Pristina, she was instrumental in establishing the accountability mechanisms in the United Nations and European Union Missions in Kosovo and facilitated the transition of the Ombudsperson Institution from internationally led to locally led. Prior to joining the Directorate of Political Affairs and Democracy of the Council of Europe, Ms. Szekely was a case lawyer at the European Court of Human Rights.

A recipient of the Women’s Leadership Scholarship from the University of Oxford, she completed the Saïd Business School Global Business Diploma Post-graduate Program with a focus on multinational companies’ engagement in peace processes and sustainable development. Ms. Székely holds a Master’s degree in Law from the University of Pécs, Hungary. She is an Accredited Mediator, gaining her Certificate from the Centre for Effective Dispute Resolution (CEDR), UK.  She also has a Certificate from the Harvard Law School, Program on Negotiation.

An appointment date for Ms. Szekely will be announced shortly. The Accountability Mechanism will become operational once Ms. Szekely begins work.

The AM Secretary serves a single five-year term and is prohibited from working for the World Bank Group in any capacity following the end of their term.

The functions and duties of the AM Secretary include: