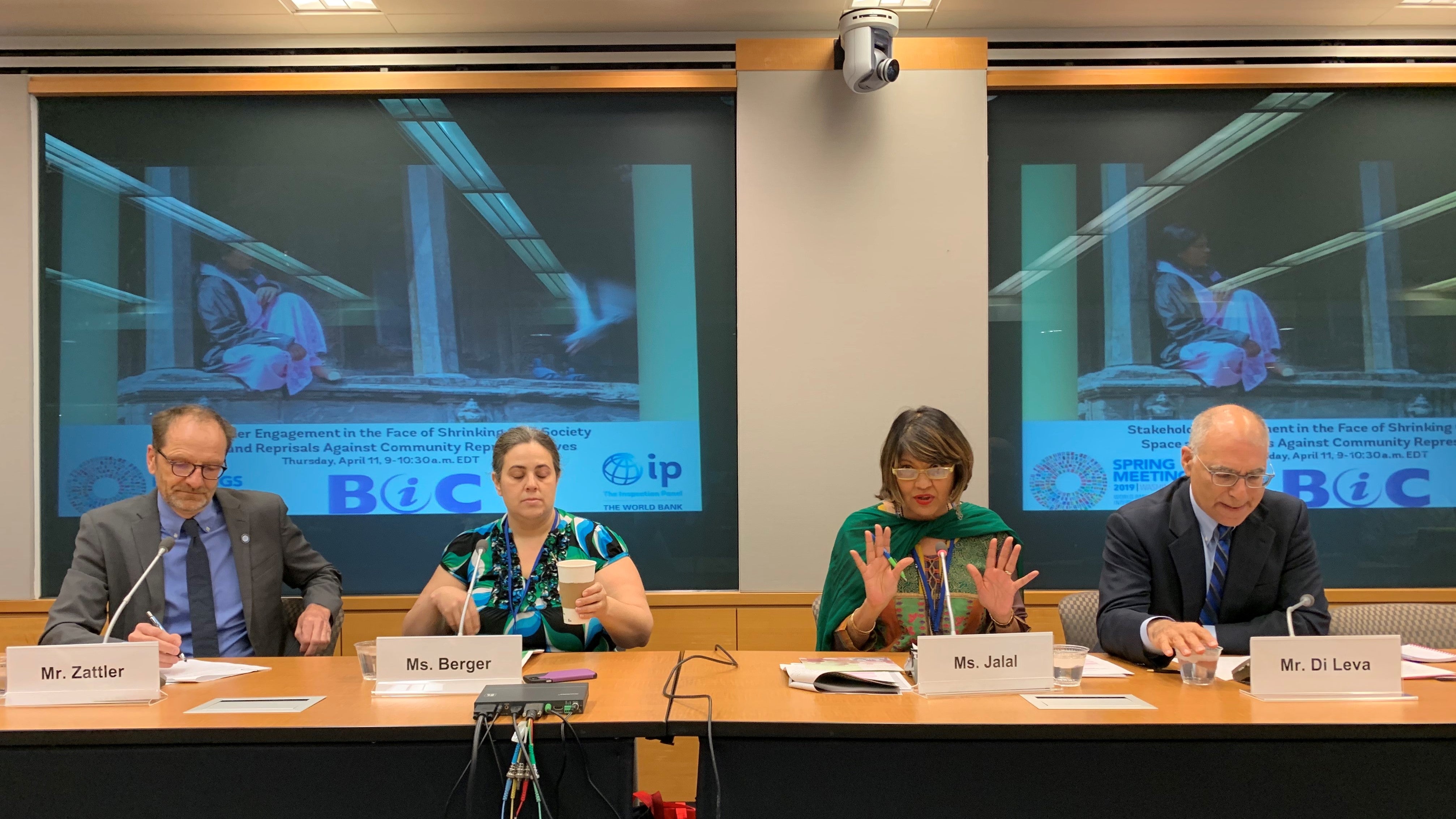 Panel Chair Imrana Jalal spoke at an April 11, 2019, event titled “Stakeholder Engagement in the Face of Shrinking Civil Society Space and Reprisals Against Community Representatives” at the Civil Society Policy Forum (CSPF) on the sidelines of the Spring Meetings. The event, which the Panel co-sponsored with the Bank Information Center (BIC), was moderated by World Bank Executive Director Juergen Zattler and also included remarks by BIC Executive Director Elana Berger and Charles Di Leva, the World Bank’s chief environmental and social standards officer. Ms. Jalal told the session that citizen access to the Panel as an avenue of remedy from harm is fundamental to both the Panel process and the quality of World Bank projects.  She described the Panel’s guidelines for reducing retaliation risks to community members during the Panel process, but readily acknowledged that there are limitations as to what independent accountability mechanisms (IAMs) like the Panel can do when complainants face reprisals.

Among the many issues raised by audience members were how to address reprisals perpetrated by non-state actors, whether IAMs should be able to receive anonymous complaints in order to better protect citizens from reprisals, and the World Bank’s responsibility to protect citizens who express concerns about projects in fragile and conflict-ridden countries.

“There is no magic solution,” Ms. Jalal told the standing-room-only audience at the session. “But I think conversations like the one we are having today are important.”

Earlier in the Spring Meetings week, Ms. Jalal and Panel member Ramanie Kunanayagam explained the Panel’s mandate and operations to more than 60 civil society representatives taking part in the CSPF orientation. Participants were interested in knowing how the Panel maintains its independence, how it makes potentially affected communities aware of its existence, how the Bank responds to Panel investigations and if the Panel can follow up on Bank actions after an investigation.