Panel, Other IAMs Hold Video Conference to Explain Their Operations to Civil Society Representatives in Haiti 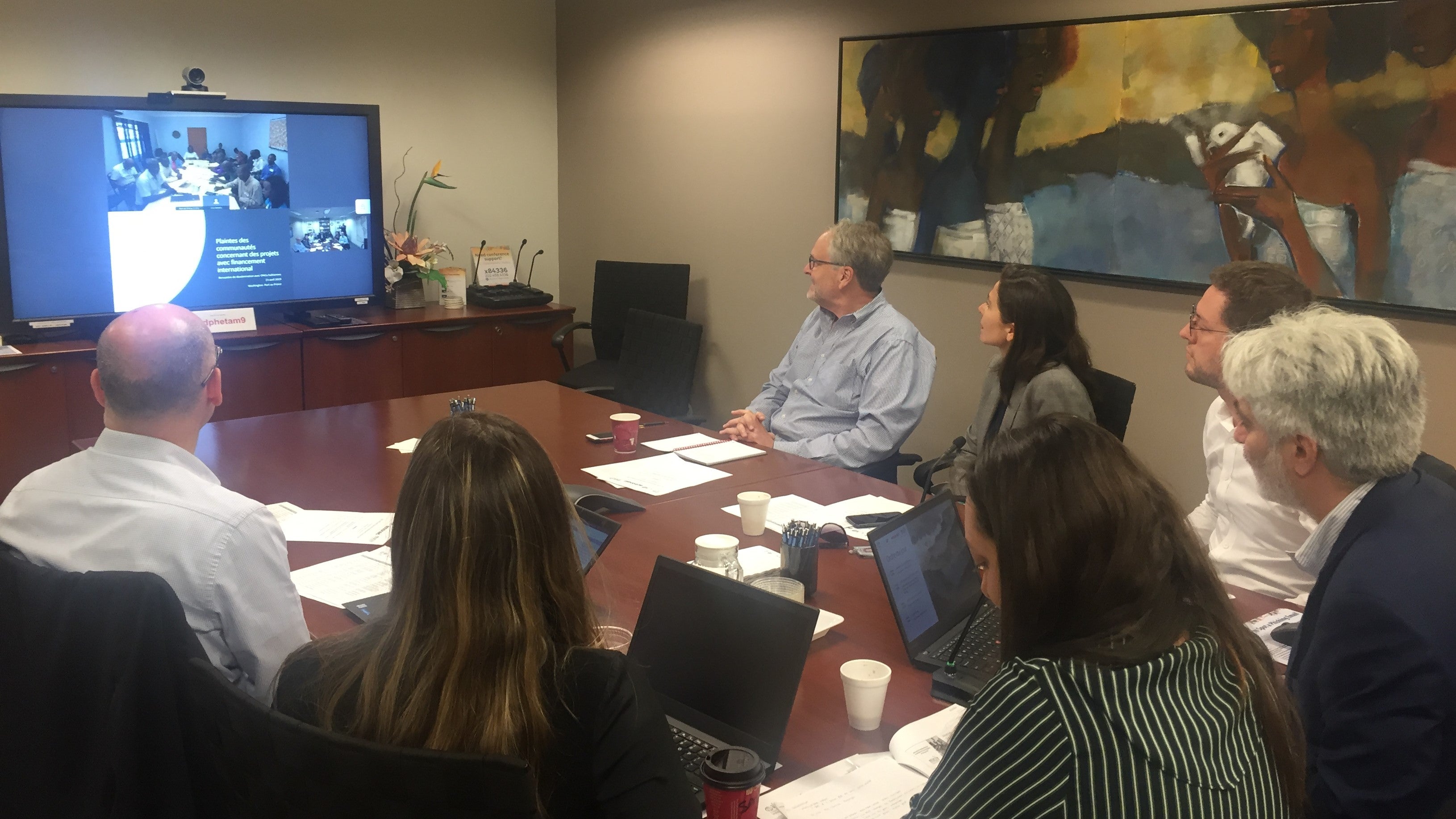 The Inspection Panel on April 23, 2019, held a video conference (VC) to explain its mandate, policies and operations to civil society representatives in Haiti. Senior Operations Officer Serge Selwan and Operations Officer Tamara Milsztajn represented the Panel on the VC, which also included presentations by the Compliance Advisor Ombudsman (CAO) of the International Finance Corporation and the Multilateral Investment Guarantee Agency and MICI, the independent accountability mechanism (IAM) of the Inter-American Development Bank.

During the VC, Mr. Selwan explained who can file a complaint with the Panel and how, described the Panel’s compliance review process, and discussed two recent Panel cases. All of the IAM representatives responded to a range of questions from the civil society representatives – including the duration of the IAMs’ process, the independence of the mechanisms within their institutions, how the IAM process can provide recourse to communities and the role of governments in the process. Taking part in the video conference for CAO were Anne-Claire Olivera and Vincent Darcy. MICI was represented by Maria Camila Barriga and Esteve Sala Tortajada. The VC was organized with the help of ActionAid Haiti, which works to achieve social justice, gender equality and poverty eradication.

The video conference was part of the Panel’s ongoing efforts to make stakeholders aware of its role within the Bank, and to listen to their perspectives and concerns.