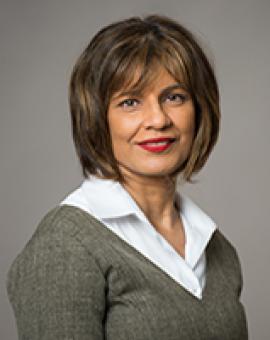 Members of the Inspection Panel have unanimously voted to extend Imrana Jalal’s term as Panel chair through June 2021. Ms. Jalal became chair in December 2018 and in April 2019 was elected to a second one-year term that will end on December 15th of this year. The Panel recently voted to have her continue to serve as chair until June 30, 2021.

A gender specialist, lawyer and development practitioner, Ms. Jalal joined the Panel as a member on January 1, 2018. A Fiji national, she brings to the Panel more than 30 years of experience across diverse geopolitical and multicultural environments in the private and public sectors. Immediately prior to becoming a Panel member, Ms. Jalal was a principal social development specialist for the Asian Development Bank, where she gained an intimate knowledge of multilateral development bank operations in various sectors.

Ms. Jalal was a commissioner from 1999-2001 on the initial Fiji Human Rights Commission, the first of its kind in the Pacific Island countries. She is the author of the “Law for Pacific Women: A Legal Rights Handbook,” architect of the Fiji Family Law Act 2003, and was a founding member of the Fiji Women’s Rights Movement. She was elected a commissioner on the Geneva-based International Commission of Jurists (ICJ) in 2006 and served on the Commission’s Executive Board from 2011-2017. The ICJ was established to protect the independence of judges and lawyers.