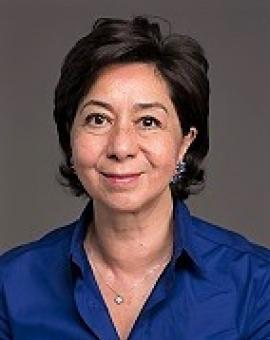 A Turkish national, Ms. Barlas has extensive experience in the field of development. A lawyer by training, she joined the World Bank in 1992 and served as the Senior Counsel in the World Bank Legal Vice Presidency for the Europe and Central Asia Region. As Senior Counsel Ms. Barlas was responsible for the legal aspects of World Bank operations and conducted negotiations in numerous countries, including Albania, Azerbaijan, Uzbekistan, Bosnia and Herzegovina, and Turkey. Her work also included an overseas field assignment to the World Bank Office in Ankara, Turkey, from 2004 to 2006. Prior to joining the World Bank, Ms. Barlas served with the Under Secretariat of Treasury and Foreign Trade of Turkey and played a critical role in the preparation of Turkey’s anti-dumping and subsidies legislation. Her private law practice includes work as an associate with White and Case in their Washington, D.C., office. Ms. Barlas holds a law degree from the University of Ankara, Turkey, and an LLM in International Legal Studies from the Washington College of Law at American University, Washington, D.C.